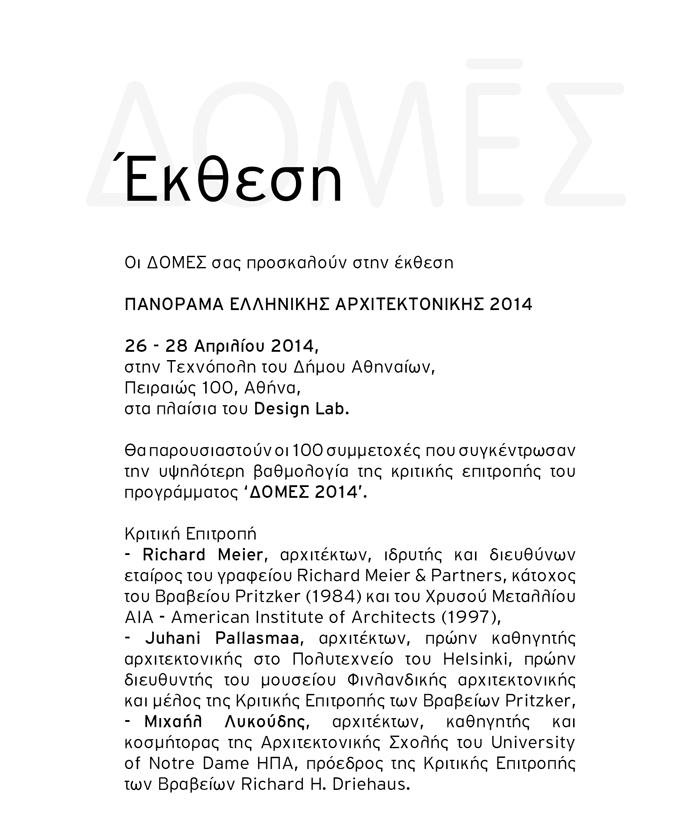 Participation in the exhibition PANORAMA OF GREEK ARCHITECTURE DOMES 2014 (The hundred best projects from 2011 to 2013) in Technopolis Gazi in Athens, with the project “Papageorgiou Super market”, Anatoli, Ioannina

Juhani Pallasmaa, architect, former professor of architecture at the Helsinki University of Technology and a former Director of the Museum of Finnish Architecture, jury member of Pritzker Architecture Prize.